At least seven ambassadors have vowed to support the Philippines in terms of education, tourism, economy, infrastructure and even achieving long-lasting peace, among others.

During a courtesy call, Vice President and Education Secretary Sara Duterte welcomed the ambassadors from Japan, New Zealand, Thailand, the European Union (EU), Qatar, India, and the United States (US).

Ambassadors from Qatar, India, and the EU primarily discussed matters on education.

Duterte cited Finland, a part of the EU, for setting a good example worldwide when it comes to quality education.

EU Ambassador Luc Veron expressed their willingness to help the Philippines improve the quality of its basic education. 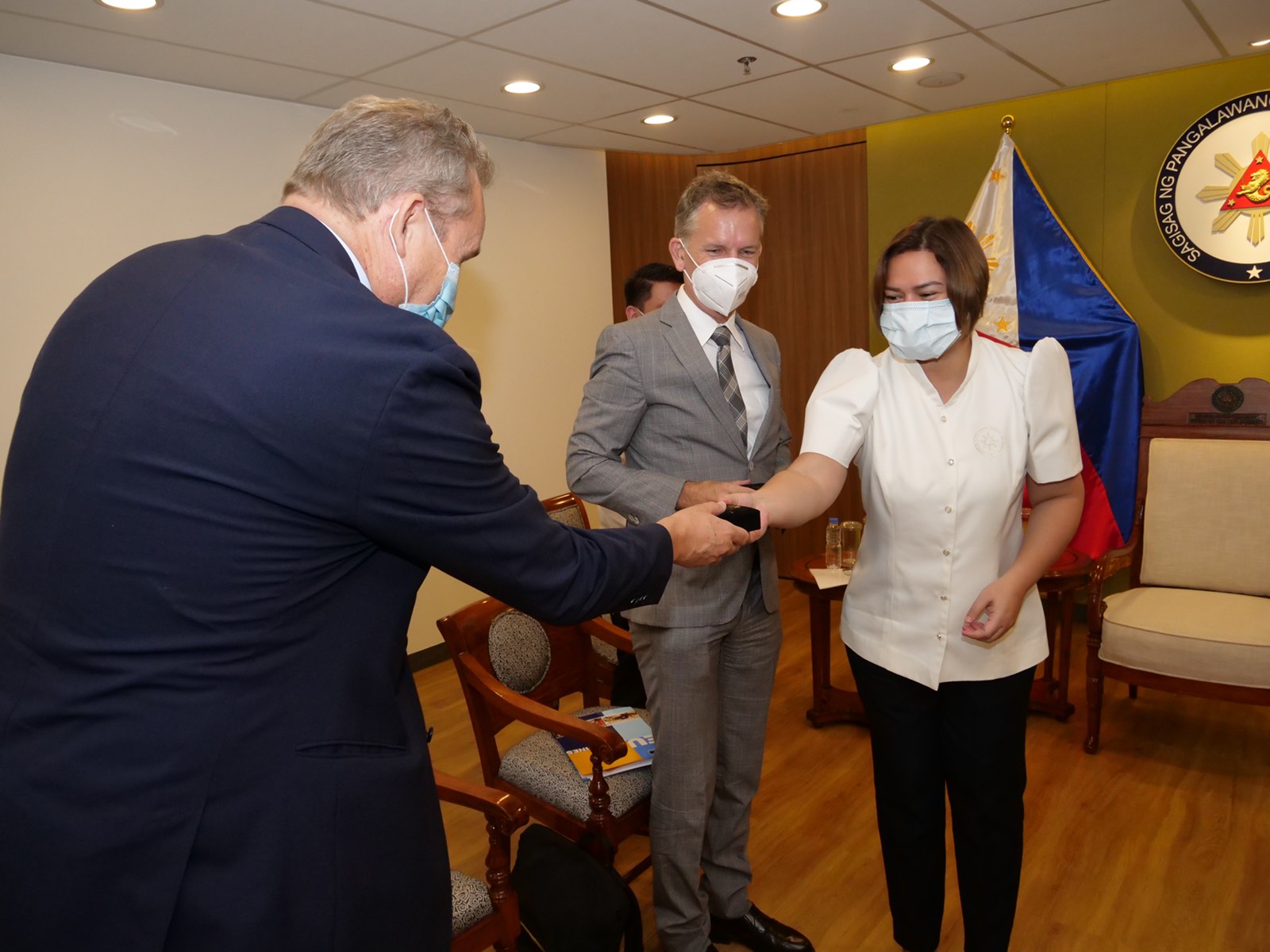 The EU believes that the country’s quality of education says a lot about its national competence.

Likewise, Duterte expressed how she plans to show support to Qatar.

She noted that these FIFA bags shall be distributed in October to promote Qatar’s hosting of the FIFA World cup by November.

The Indian diplomat underscored the need for technological innovations in schools, especially now that the country is recovering from the effects of the coronavirus disease (Covid-19) pandemic. 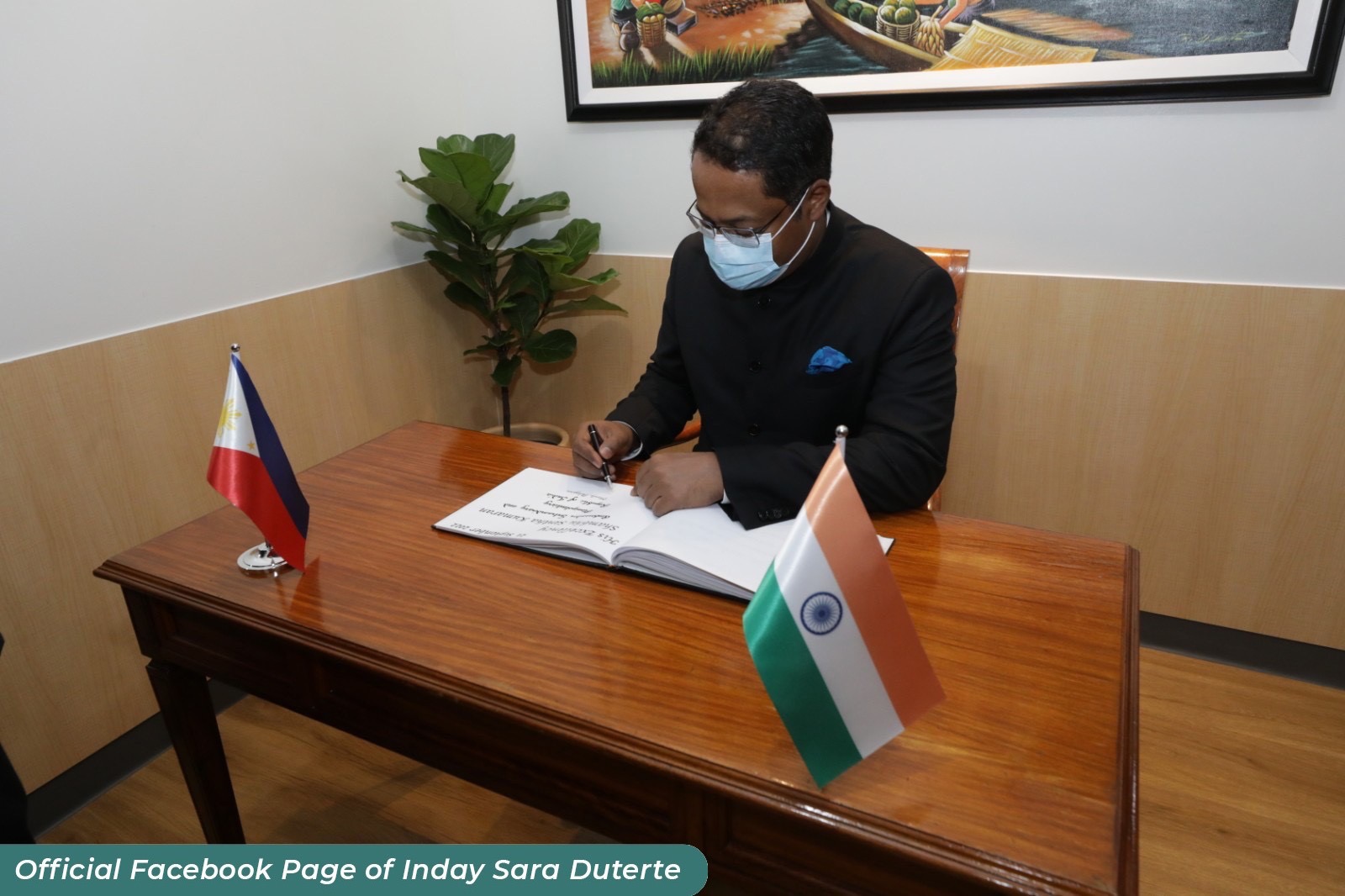 Other countries also disclosed their desire to help boost tourism in the country. For instance, Thailand lauded Davao City’s iconic landmarks both as a tourist and trade destination. 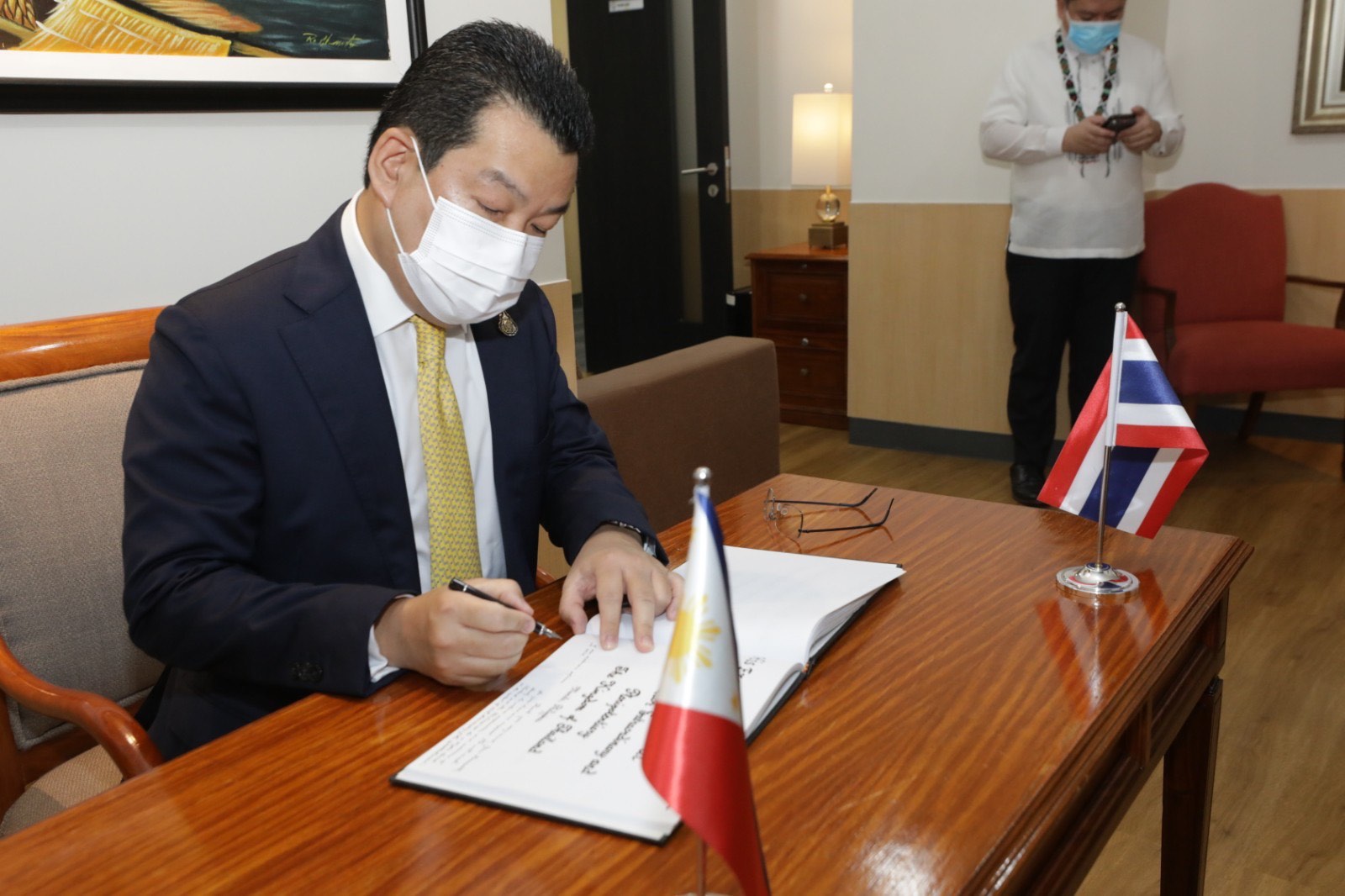 Ambassadors from the US and Japan were also welcomed by the Vice President, as she shared the ongoing programs and services of her office, including medical and burial assistance and free rides programs, as well as the livelihood assistance program which will be launched in the coming months. 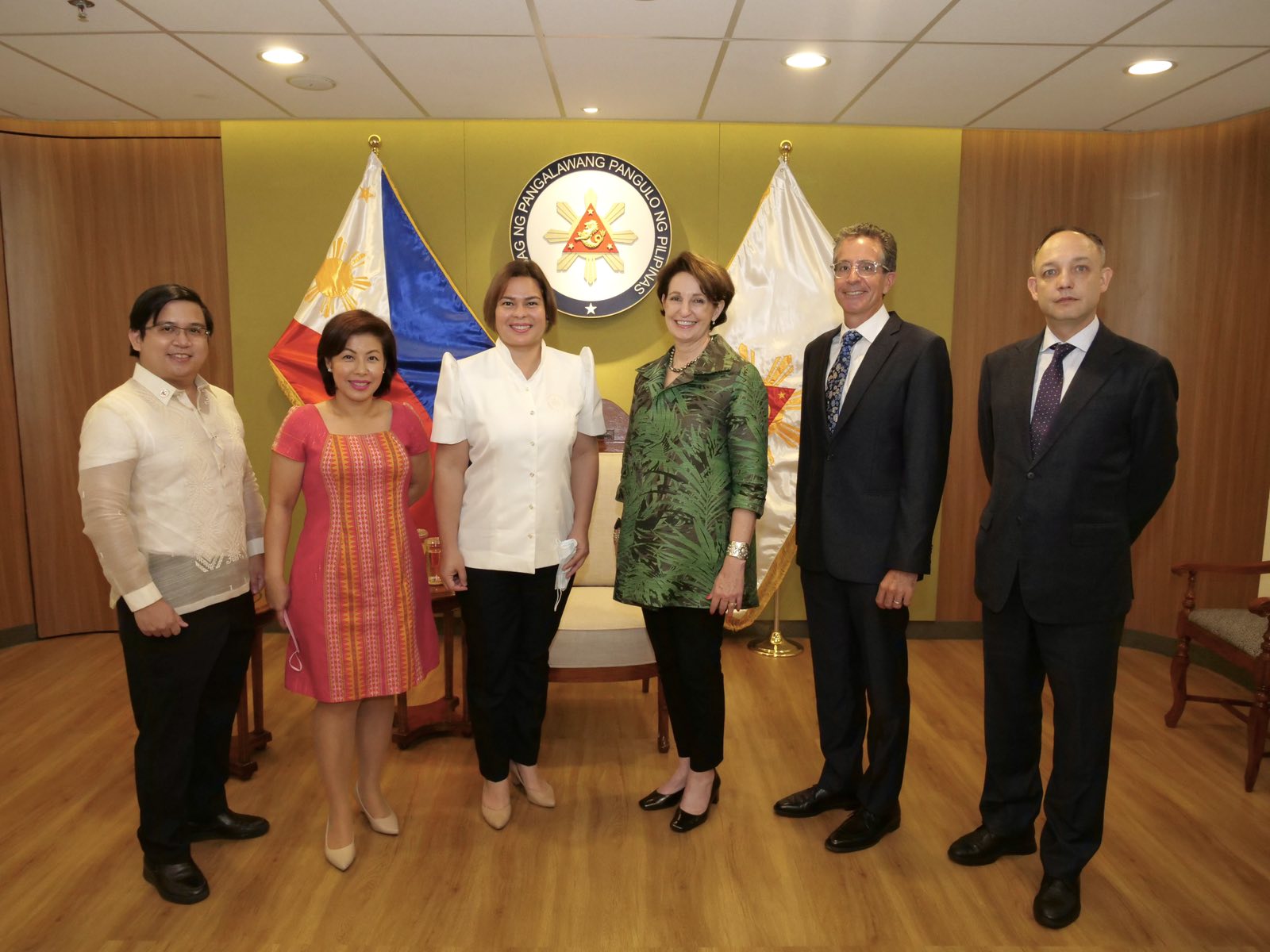 Japanese Ambassador to the Philippines Kazuhiko Koshikawa, meanwhile, thanked Duterte for her scheduled visit to Japan next week for the state funeral of late Japanese Prime Minister Shinzo Abe. 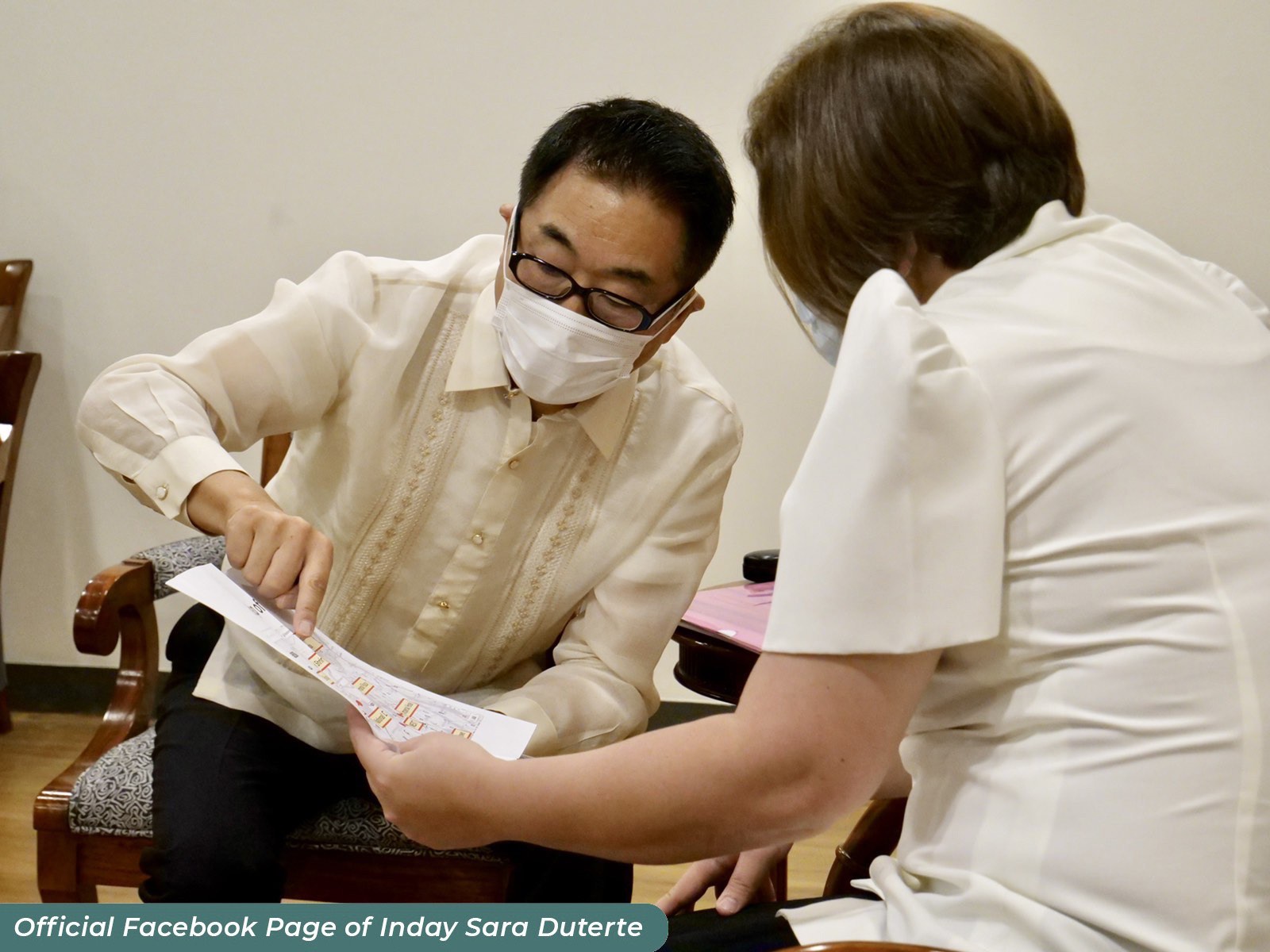 Abe died on July 8 after he was shot by a 41-year-old man from behind using an improvised handgun while he was speaking during a campaign rally in Nara City two days before the national elections.

Both President Ferdinand Marcos Jr. and Duterte earlier expressed their “profound condolences to the bereaved family of Abe. (PNA)

Imee: Beyond Tributes To Rescuers, Level Up On Disaster Resiliency

MSMEs In Ilocos Norte Get Boost From NEDA Grant

The Davao City government has acknowledged a total of30 centenarians in the province that will receive cash incentives of PHP200,000 each.
Luzon

One of the representatives from the Ilocos region called for support for the funding of the Vigan Airport Development Project in Ilocos Sur.
World News

Canada To Partner With PH On Agriculture, Food Security

Canada has confirmed its partnership with the Philippines when it comes to agriculture and food security.
Luzon

Benguet Taro farmers plan to bring back organic production to their crops as prices for fertilizers and pesticides increase.
World News