The Duterte administration has lived up to its promise to give Filipinos a comfortable life and bring progress to the country, acting Presidential Spokesperson and Communications Secretary Martin Andanar said Tuesday.

“We made the government more responsive to the welfare of the Filipino people. We have responded decisively and innovatively to ensure that no one is left behind in our push for change and development,” he said during the second day of the Duterte Legacy Summit at the Philippine International Convention Center in Pasay City.

Andanar expressed confidence that Duterte and his Cabinet will step down from office “with flying colors,” given their fulfilled vow to serve the people with “real courage and compassion.”

Andanar was elated that Duterte will be leaving office with maintained high trust and approval scores, an indication that Filipinos remain impressed with the President’s work performance.

“The public’s unwavering support for President Duterte continues to reverberate up to this day. It is with great pride that we exit this government with flying colors,” Andanar said.

Andanar said the outgoing administration has been diligent in carrying out policies and programs that will benefit the Filipino people.

Before stepping down from office, the Duterte government has established a “strong” fiscal and monetary positions, as well as a workforce and economy that are “ready to bounce back from ill effects of the health crisis and the other challenges that we face,” Andanar said.

Andanar said Duterte and his Cabinet have worked hard to improve government services and make sure that the reform initiatives will continue to be felt under the next administration.

“This is indicative in the many policies and programs we have undertaken, bearing in mind the interest of the general public as our main priority,” he said.

The Duterte Legacy Summit highlights the administration’s accomplishments, policies, and projects that have helped improve the lives of Filipinos. 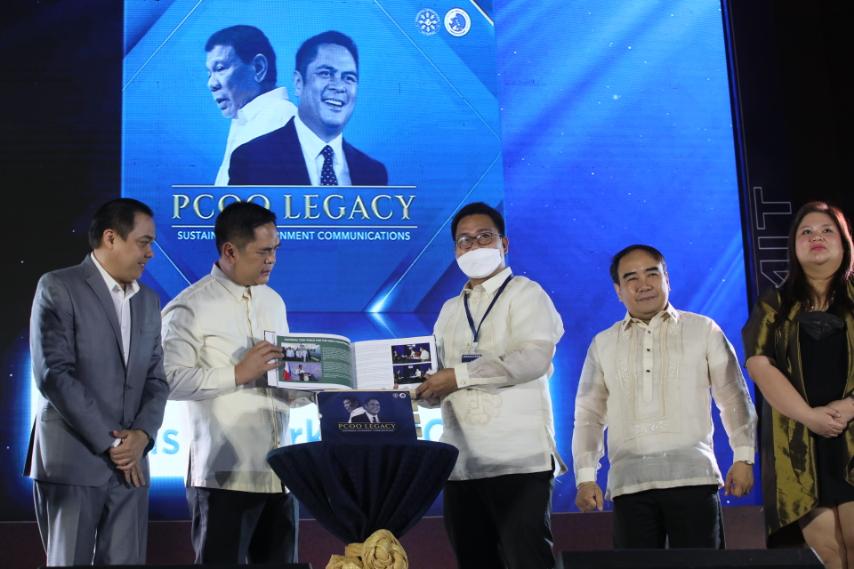 During the event, Andanar also unveiled the Presidential Communications Operations Office’s (PCOO) legacy book that features the accomplishments and improved operations of the agency and its attached agencies.

“We believe that it is our duty to likewise report to you the achievements and accomplishments of PCOO and its attached and line agencies have undertaken to contribute to nation-building. It is what we call the last mile of information delivery,” Andanar said. (PNA)